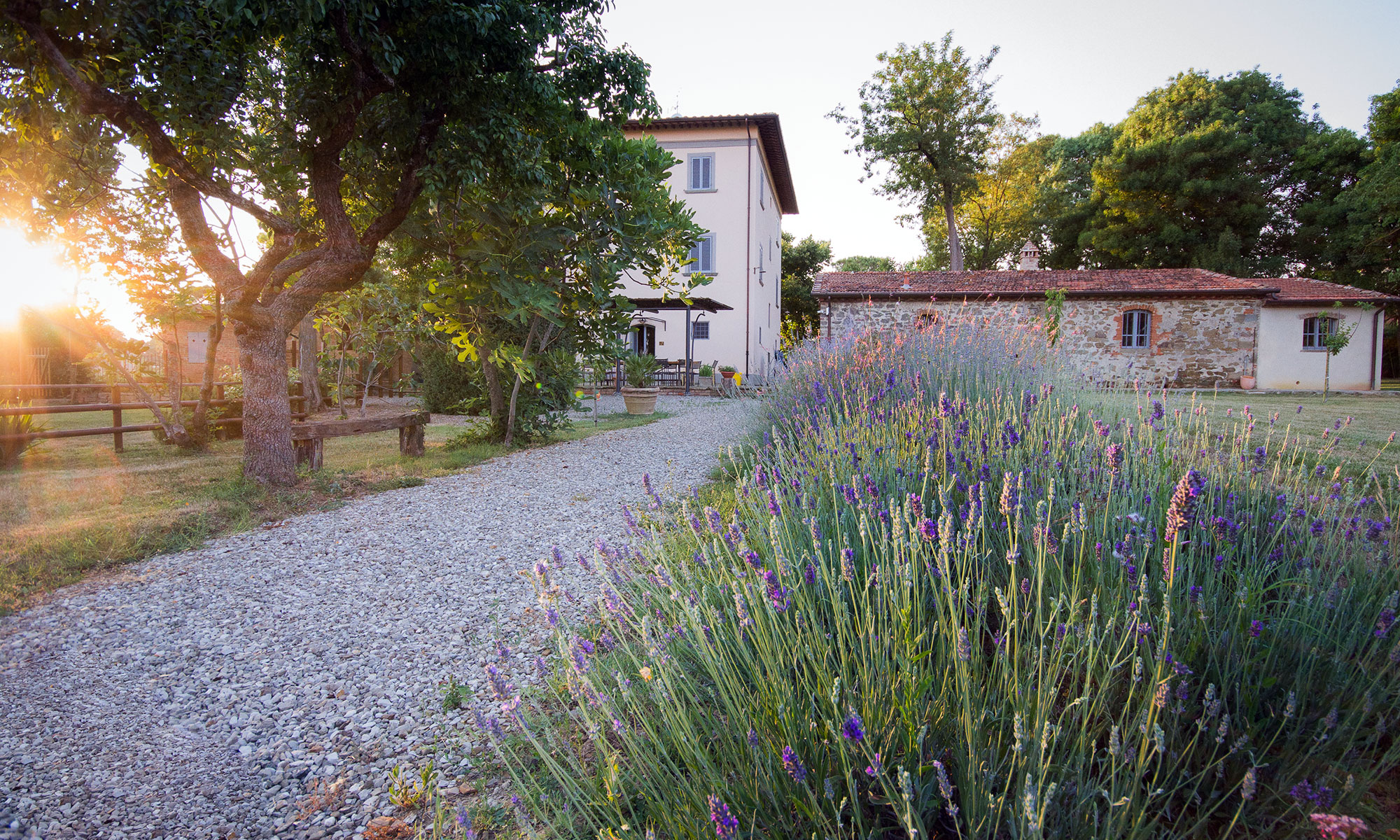 Villa Frassineta was built in 1894 by our great-grandfather Domenico Meacci, who wanted it in the center of his farm, in the last stretch of land raised in front of the fertile fields taken from the marsh with the reclamation of the Valdichiana realized by Fossombroni in the previous century. The house was built near the Tenuta del Conte di Frassineto, of which our great-grandfather ran the business and with whom he had a very close relationship.

The house and the surrounding land have always belonged to the Meacci-Bittoni family: first there lived Domenico with his wife Santa and his daughters, and then from the 1930s our grandparents Marietta and Giuseppe Bittoni, who devoted themselves completely to the care of the family and property, including renovating the house and decorating some rooms in a “modern” style, with grit and liberty style wall paintings. The family continued to live there even during the Second World War, when the house was first occupied by the German command and then by the English one.

The house then passed to the sons of Marietta and Giuseppe: Bruna, our aunt, and Domenico, our father. They too lived with their families for a long time in the summer: when the schools ended in June we all moved from Arezzo to Frassineto, where we spent the summer holidays together until the end of the harvest.

Our father Domenico, while working as an engineer, has always also dealt with property and land, and we children have decided to keep the family farm, trying to reconcile our respective professional activities with a passion for the land and the countryside. When it was necessary to renovate the house, we decided to do it so that we could share it with all those who, like us, love nature and tranquility, and want to spend a holiday together with family and friends in a comfortable, relaxing environment. rich in the charm of the old Tuscan country houses.